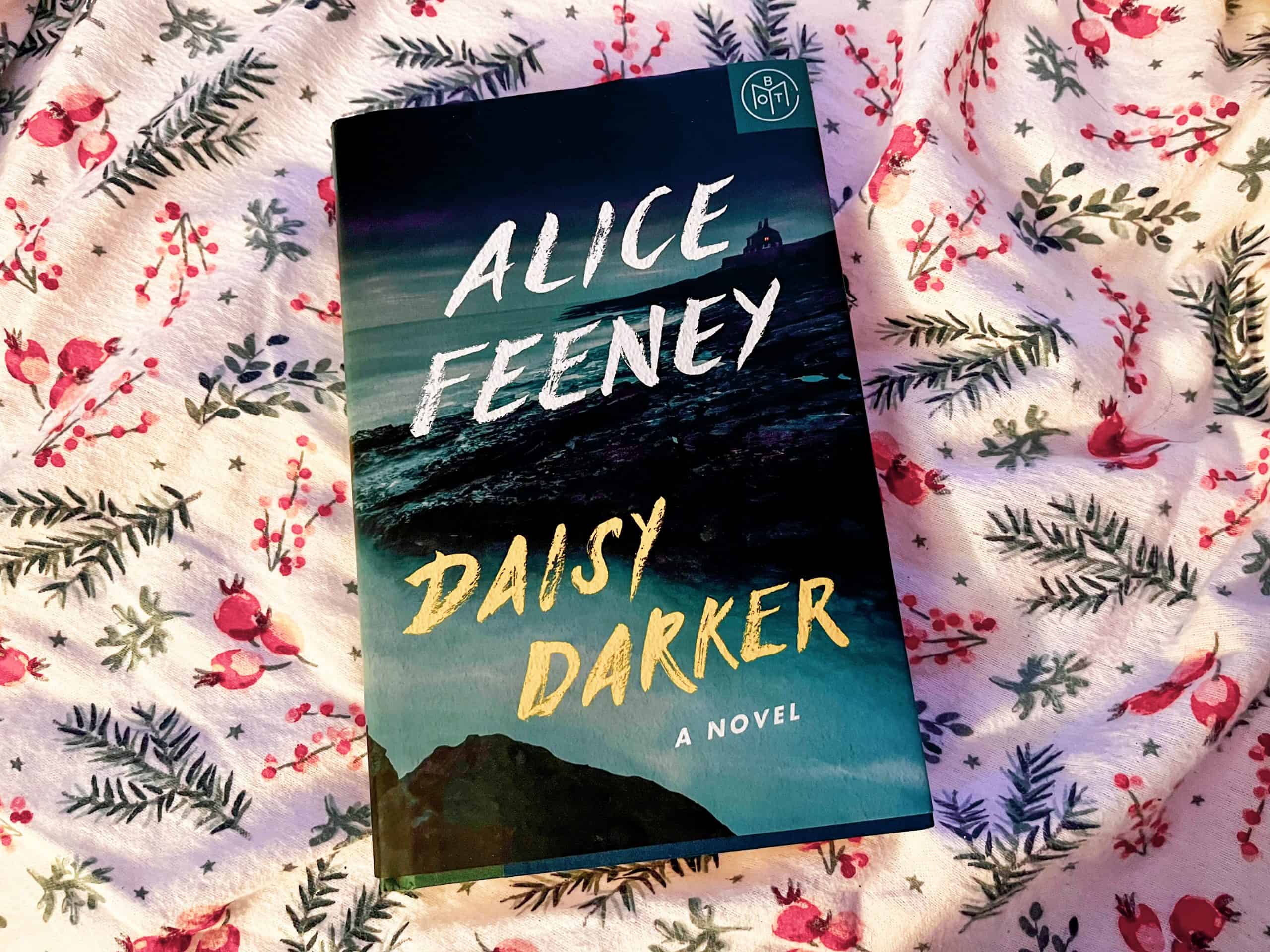 Daisy Darker by Alice Feeney – A Twisty Take on a Classic

This book fell into my lap as it was my Book of the Month pick for August. Daisy Darker by Alice Feeney is a loose take on Agatha Christie’s classic murder mystery, “And Then There Were None”. There is no shortage of twists and turns within Daisy Darker, so let’s dive right into the twisty take on a classic story.

*While I did mention that Daisy Darker is loosely based on “And Then There Were None” by Agatha Christie, that is the only spoiler. *

Daisy Darker is titled after the main character, Daisy Darker. It is Halloween night and the Darker family has gathered at Seaglass, to celebrate Nana’s 80th birthday. Seaglass is the family home, which Nana’s mother won in a dubious fashion and is kept close to Nana’s heart. As it is located on the shore of Cornwall, each night the tide makes it impossible to come or go from Seaglass. This creates the ideal set of conditions for someone to start picking off the Darker family members one by one.

My Thoughts on Plot

There is no shortage of confusion and intrigue as the pages in the book nearly turned themselves. I finished this book at 2 am on a Tuesday, I haven’t stayed up that late past my bedtime for a book since I read The Seven Husbands of Evelyn Hugo by Taylor Jenkins Reid in May of 2022.

Further, this story is told in dual timelines. One set in the present, where secrets slowly spread through Seaglass. Another in which we are told Daisy’s story during her childhood. It felt at points as though the flashbacks were the main story, vs the actual present timeline. The present timeline was frustrating at times. I found the mentions of “what happened in the past” to become repetitive and frustrating. Whereas the flashbacks began to take on an almost novel-like feel of its own.

My Thoughts on Characters

Daisy Darker was born with a broken heart, something her family holds against her as though she could help her condition. As if the treatment of Daisy does not seem cruel enough, something has happened between Daisy and her sisters to cause a rift between them. This is a big question of the present storyline. While it did not seem like it at first, the flashbacks set up a slow lead to the shocking twist at the end of the story.

Daisy Darker is the black sheep of her family. Something her Nana refuses to let her be down again. Nana’s life motto is “different is better”. The majority of the characters in this book, well…suck. I don’t mean this to be a reason you should not read the book. Rather a good reason to read the book is as the Darker’s are the image of a dysfunctional family.

However, Nana’s dog Poppins might just be my favorite character.

Something I also did enjoy was the fact that this book was not overloaded with characters. One of the quickest ways to get me to DNF (did not finish) a book is to stuff too many characters into a story.

This book did leave me with a lot of questions. There were many aspects at the end of the story that felt like loose strings. Rather than a story that had come full circle. That aside, Poppins (Nana’s dog) is unharmed by the close of the novel and this made me so happy. Animals being hurt or killed for a plot is another way to get me to DNF a book. Possibly also to throw the book out as well.

I wish the ending had been wrapped up a little better. However, for a thriller inspired by Agatha Christie, Alice Feeney does well. I look forward to reading more of her work. My next read by her is Rock Paper Scissors.

Have you read this book? What are your thoughts?

Interested in grabbing a copy? If you use my link (here) I earn a little commission from the sale and you get book mail!