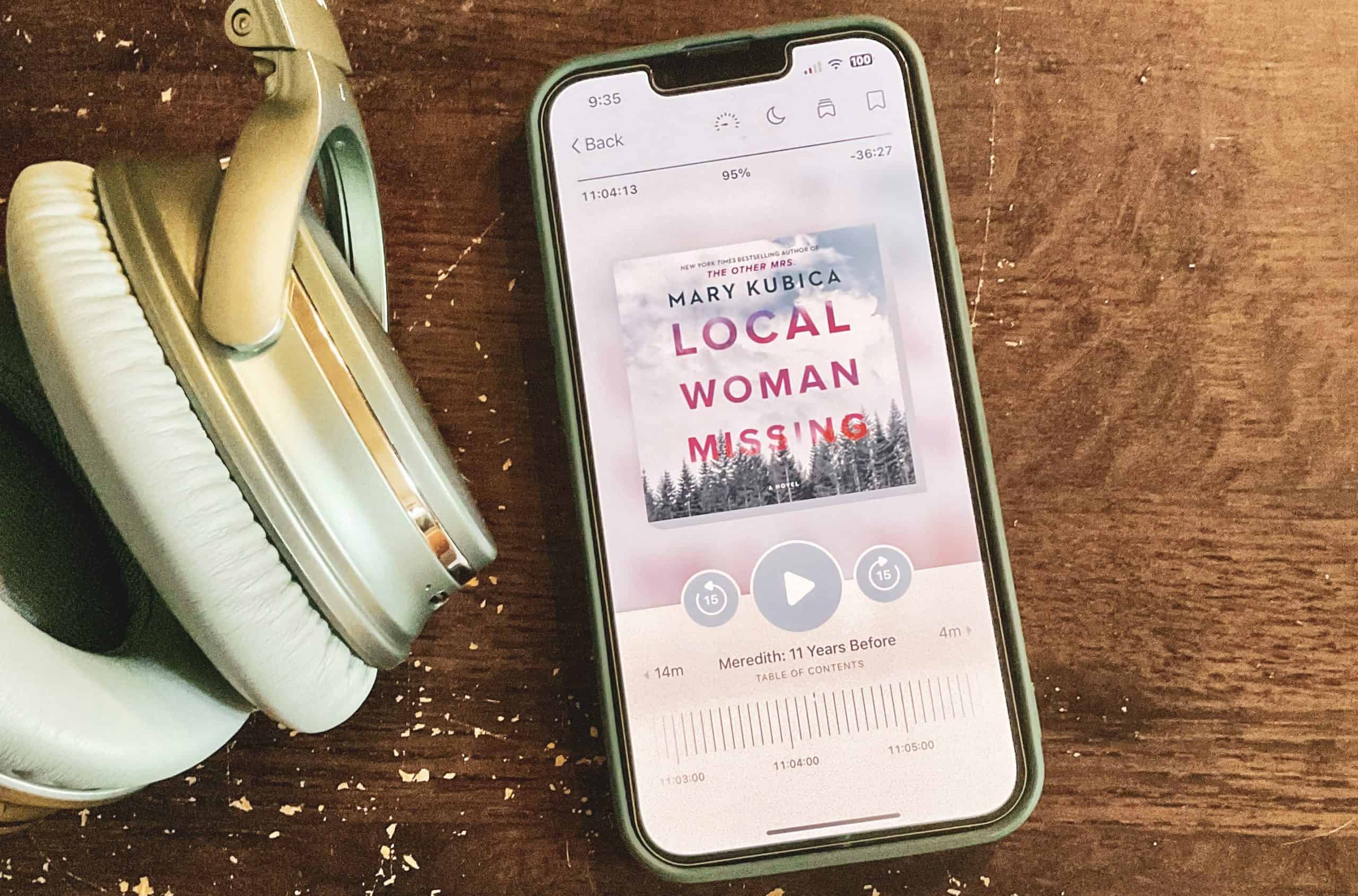 A young woman goes missing. Then another woman and her young daughter. What is the connection? How will those closest to them find them and bring them home? Secrets float near the surface waiting to be revealed, but how can they know who to trust? Local Woman Missing by Mary Kubica is a domestic thriller about the little strings that connect us to each other. Nothing and no one in this novel are ever really what they seem.

A young mother, Shelby Tebow is the first to go missing. Soon after, Meredith Dickey and her six-year-old daughter, Delilah, vanish too. Their close proximity to one another shakes the community. How are Shelby and Meredith connected? A search goes underway with a community coming together to find them. As time goes on, the case grows cold and more questions than answers are uncovered, all hope seems lost.

That is until eleven years later, when Delilah Dickey shockingly returns. Traumatized and broken, everyone is desperate to find out what happened to her. Eleven years is a long time, but some things never change. Nobody is prepared for what comes next.

My Thoughts on the Plot

This book really drew me in. The story opens with Shelby going out for a run. A stressed-out new mom, who’s also having an affair and wishing she could escape her abusive husband. So when the chapter ends with lights out for Shelby, it seems clear there was some sort of violent abduction as she was on her way to meet her secret lover in the dark of night.

The next chapter opens with Delilah, detailing her gruesome living conditions in a dark, dank basement where she has been kept for eleven years. Her bravery gets her out of the house and found by a neighbor who calls the police. However, though, it is after these two chapters that things seem to go downhill. We soon meet Kate and Bea who live next door to Josh (Meredith’s husband) and their son, Leo.

Everyone is connected by a little red string. Some are friends, previous lovers, current lovers, or simply neighbors. The plot flips back and forth between characters but also between the present and eleven years ago. We are given a backstory as to how everyone knows everyone and their connections, but it does little to actually help the characters solve what is going on when Shelby, Meredith, and Delilah go missing.

There are also a few smaller plot lines happening across the main plot of the story, which end up just fading away as the story continues because it becomes clear that whatever instance is being discussed, actually isn’t the reason why Shelby, Meredith, and Delilah are missing.

My Thoughts on the Characters

My Lord. Kate has to be one of the most annoying characters I have met in a very long time. The issue for me is that these characters are too trusting. While I did have to remind myself a lot that they were so trusting because they had known each other for years. Perhaps it is also because I am just by nature a less trusting person.

There are so many lies. Meredith lies to Josh. Bea lies to Kate. The detective on the case lies about Delilah. And yet, through all of the smoke that is these lies, the characters still trust each other. They still believe them when they are told bold-faced lies.

There is also little reasoning when it comes to the motive for characters. Especially the character that turns out to be the villain. Their reasoning for doing what they do makes absolutely zero sense. This was the biggest letdown of all. Many of the characters also spent time doing things that did nothing to keep the plot moving but rather made it stagnant. Kate painfully describing the weather, her trek to the door, her fear, putting down her glass of wine, and Bea in her music studio, before finally just answering the door was a bit too much.

This was my first step into the world of writing by Mary Kubica. Local Woman Missing ended up being a dud for me. The ending was such a stark contrast to the beginning of the book. While initially pulled into the world, the ending felt really cut and dry. There needed (in my opinion) to be a few more chapters. How does one simply return home without any trauma after enduring what they did for so long? Beats me, the author doesn’t give us readers a well-rounded picture of the story.

I cannot say that I despised this book, however. I wish the plot points had made a bit more sense. I wish there had been more suspicion among the characters. Most of all, I wish the reasoning behind the story made more sense. I did, however, enjoy Mary Kubica’s writing, a bit more simple but that made reading through the novel that much faster. I really enjoyed some of the less main character characters, like Leo and his discovery. I wanted to root for Shelby and her little family, I wanted to see justice served.

Didn’t hate it but also didn’t love it. Have you read this book? If not grab a copy here.

And if thrillers, suspense, and mystery are your thing, I highly recommend Daisy Darker and Rock Paper Scissors, both by Alice Feeney.