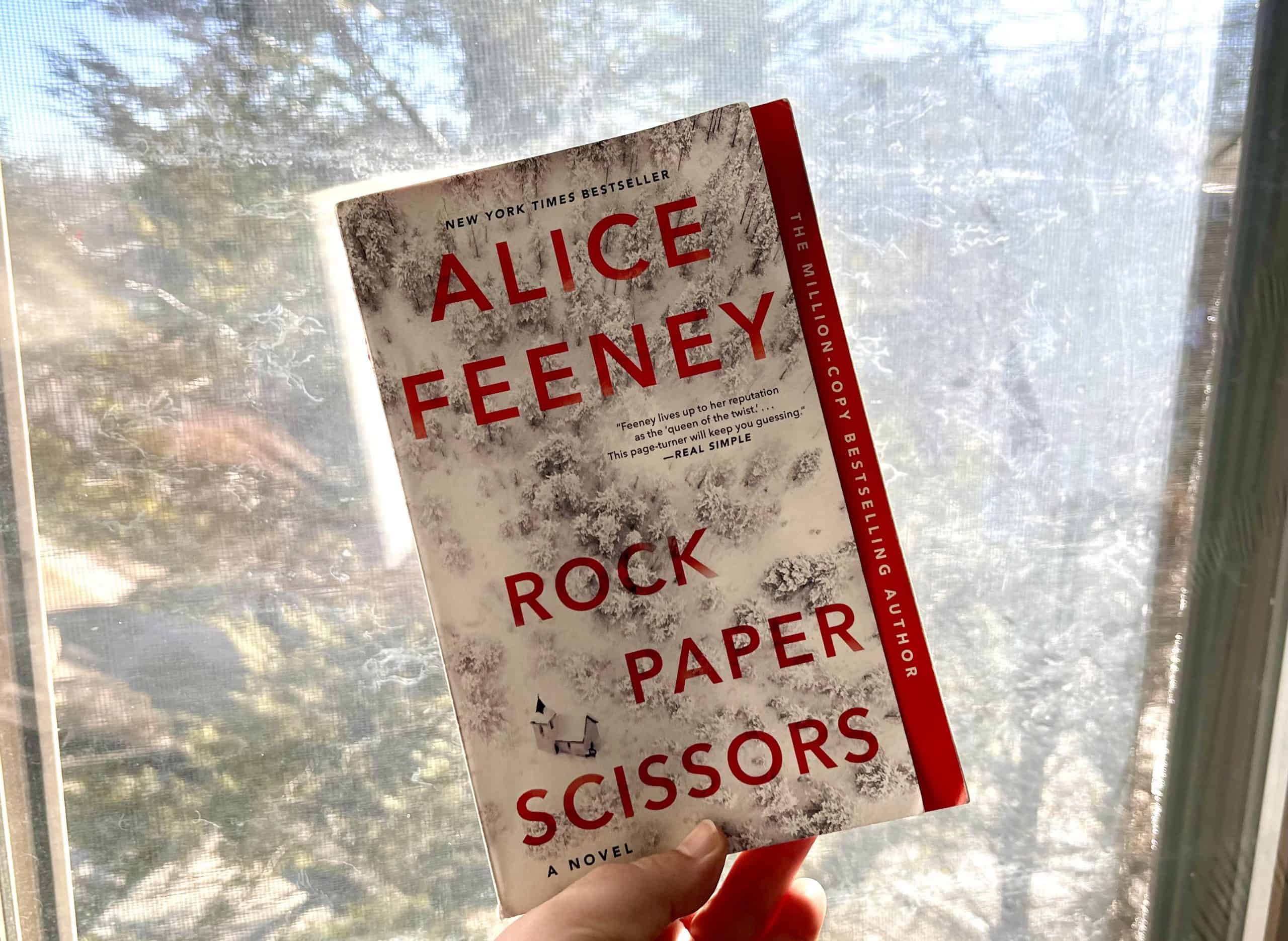 Do you truly know your partner? For Adam and Amelia Wright, everything has been seemingly going downhill in their marriage. Until a trip becomes the deciding factor on how the rest of their marriage will go. The only thing both Adam and Amelia Wright know about this trip is that only one of them is going home. Rock Paper Scissors is a domestic thriller by Alice Feeney that exposes the lies we tell in order to keep what we have, or in some cases, get it back.

Rock Paper Scissors by Alice Feeney is a twisty novel that questions how much you really know about the people you love. Mrs. Amelia Wright wins a trip to a mysterious old chapel in Scotland that has been converted into a house and brings her husband, Mr. Adam Wright in hopes that a weekend away will solve their marriage problems. Each year, Adam’s wife writes a letter to her husband and they exchange gifts appropriate for that year, ie paper, cotton, poetry, tin, etc. They are both aware that the other is lying, but, they’ll have to uncover the truth for themselves.

Thoughts on the Plot

One thing is very clear from the beginning of Rock Paper Scissors, trust no one. The story follows two plots. One of the characters Adam, Amelia, and Robin in the present timeline. A second narration of letters from Adam’s wife throughout the years. Amelia wins a raffle at work, which is a free stay at a church, converted to a home in Scotland, and despite the snowy and icy weather, she and Adam decide to go. Next to the converted church lives the housekeeper, Robin.

There are a lot of vague details and answers that take a little while to be revealed. Strange things do begin to happen right away. Which slowly becomes clear as to why they are happening as the novel continues on. The plot moves along nicely, giving small details you feel you should remember for later on in the book when they’ll make much more sense.

Overall, this book had a really strong plot. The twists towards the end had a really nice build up and I found myself pleasantly surprised and devoured this book in nearly one sitting.

Thoughts on the Characters

Adam Wright suffers from face blindness. He cannot recognize anyone, even those closest to him. This little fact about Adam really works to enhance the story. Amelia Wright is a dog-loving, nervous woman who seems to only want to save her marriage. Through a series of letters on each anniversary to Adam, his wife details their previous year of marriage. Once happy and in love, time seems to only pull these two apart as they suffer from infertility, lies, and betrayal.

Robin lives in the small cabin next to the converted chapel. She is the housekeeper and maintains the property in between guests. Despite the converted church not having any guests for years, rumors about it being haunted have kept visitors away.

There is also my favorite character, Bob. A sleepy but fun-loving dog who gets kidnapped (dognapped), but is not harmed.

This was my second Alice Feeney novel. I first read Daisy Darker as it was my August, Book of the Month pick. That book was a bit too twisty and the ending did not make a lot of sense to me. I think perhaps its influence took over a bit too much and things ended up muddled.

Have you read Rock Paper Scissors? If not, grab a copy here.